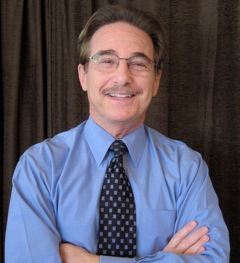 Douglas G. Kahn, M.D., D.L.F.A.P.A., graduated Tulane University cum laude, Phi Beta Kappa, with a Bachelor’s degree in psychology in 1968. He received his M.D. from the University of Miami School of Medicine in 1972 and completed an internship in medicine and psychiatry there at Jackson Memorial Hospital in 1973. He graduated his psychiatry residency training at the Institute of Living in Hartford, Connecticut in 1976, serving as chief resident during his final year of residency, and was awarded a Falk Fellowship by the American Psychiatric Association during that year. Rare among psychiatry residency training programs, the Institute focused on long-term intensive psychoanalytic psychotherapy of patients, who came to live there for months and years at a time, and were seen three to five hour-long sessions per week in individual psychoanalytic psychotherapy.

After serving one year on the faculty of the Institute he moved to California where he established his private practice of psychiatry in 1977 in Huntington Beach, moving his office to Newport Beach in 1983 where he been in full-time private practice ever since.

Dr. Kahn has served as an elected member of the Council of the Orange County Psychiatric Society every two years since 1982, and is a past President of that Society (1986-88).

Dr. Kahn is a Distinguished Life Fellow of the American Psychiatric Association, and a Clinical Professor of Psychiatry in the Department of Psychiatry and Human Behavior, U.C.I. College of Medicine since 2001 (having begun there as an Assistant Clinical Professor in 1979). He teaches a weekly “case on videotape” psychotherapy seminar for the PGY3 (third year psychiatry) residents. He has been awarded “Teacher of the Year” four times since 1999 for that course.